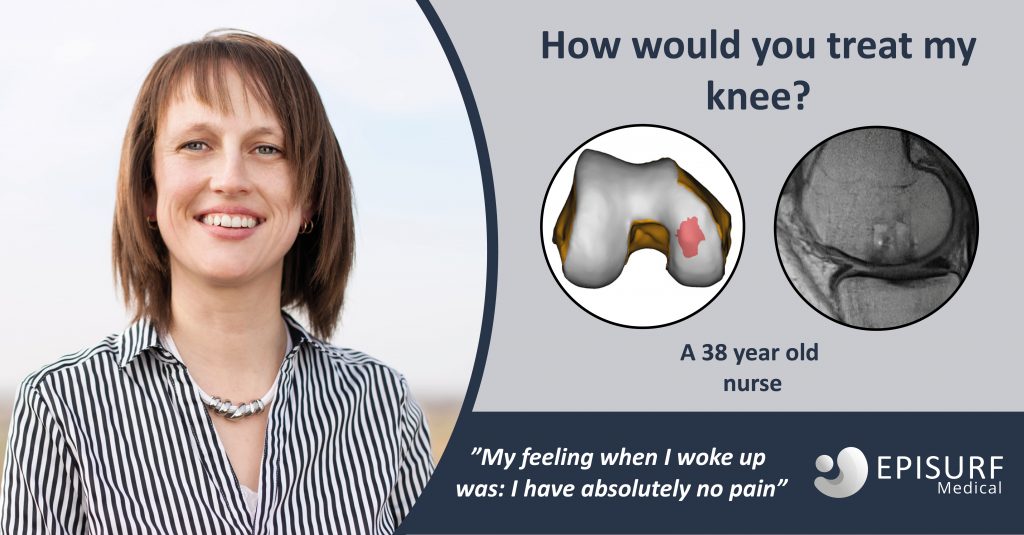 How did you feel before the surgery, and how did your knee pain impact your life?

I was suffering from pain and swelling, which hampered my ability to work. Whenever I went to work and came home at the end of the day, I was out of energy and exhausted. I was not able anymore to do my regular household chores. I often woke up at night, feeling discomfort. Physically, I had just reached my limits.

Did you have any expectations of Episealer?

I had been operated on five times before the Episealer surgery. These surgeries were less effective; the rehabilitation did not proceed well for me, and I did not feel as good.

What difference has Episealer made to you?

My feeling when I woke up was: I have absolutely no pain! Really, absolutely no pain at all. No pain; that is all I can say. I felt great. The following day, I was already walking around on crutches. A few weeks later, I was able to walk normally, but the most important thing for me was that I was free of pain. That was the most important aspect, that I did not have any pain anymore, and above all, no swelling.

And today? How are you getting on?

I can do what I want. No elite sports, but that is not necessary. Just what I want to do as a young, 38-year-old woman. It does not have to be more than that.

What were you looking forward to most?

Shopping, serious shopping, from early morning until late evening! Also walking for hours along the sea, kilometres without having to say ‘I am exhausted’ or being in pain with swelling which I then had to endure for several days after. Those days are over!